As one of Holland America Line's largest ships, Nieuw Amsterdam manages to maintain the mid-size ship charm that the fleet is loved for while providing an exciting onboard experience. Celebrating all things New York, guests can sample incredible food, relax and rejuvenate, and spend evenings soaking up the live entertainment, all while sailing between memorable ports of call. 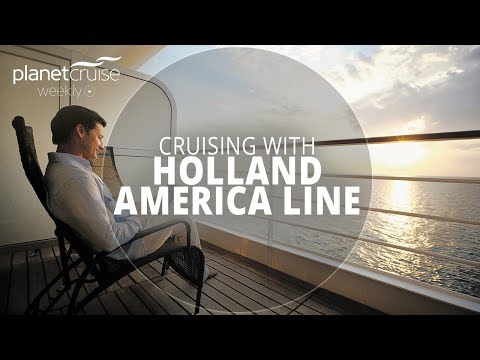 Nieuw Amsterdam keeps kids and teens entertained, and gives parents some much needed alone time, with the Club HAL kid's club, boasting a wide range of games and activities for children to play and make friends with fellow sailors their age.

With two large pools, jacuzzis, hot tubs and saunas, there’s a place to soak or do some strokes whatever your mood during sea days onboard Nieuw Amsterdam.

Dining in the main Dining Room onboard Nieuw Amsterdam is an invitation to indulge in five-course menus, served impeccably by friendly and attentive staff. The wine list is extensive and carefully chosen, and the cuisine is delightful, encompassing all tastes.

Nieuw Amsterdam is designed with a focus on dining, enrichment and entertainment, with the latter being proudly diverse and of a very high standard. Passengers can experience live musicals, vocalists and comedy acts in the main theatre while there is also world-class live music from the musicians in the B.B. King’s Blues Club.

Indulge yourself with time spent in one of the many bars and lounges onboard Nieuw Amsterdam, each giving you a unique personality to explore, whether that be drinks to the sound of a delightful piano or curling up with a book to lose the day.

The Nieuw Amsterdam has all the features and amenities of other cruise ships we have been on. Our cabin at the rear of the ship was supposed to be slightly bigger than average but was the smallest we have had on any ship. The wardrobe area was particularly cramped, although storage was fine. The food in all restaurants was good, we particularly liked the salad bowls in the buffet. However only premium, paid for tea and coffee were ever offered in the main restaurant, unlike any other cruise we had been on. They also pushed the bottled water heavily before offering the free water. Entertainment was generally good, the performers were excellent but some of the shows could have been better. We enjoyed the wildlife spotting on deck and saw things we would not have noticed on our own, such as sea otters. The digital lessons in windows 10 were also excellent, even though we are fairly proficient in using computers we learnt something in every session we attended. There were not any craft sessions or choir which I have enjoyed in other cruises. Overall the Nieuw Amsterdam has all the basics but seems to lack some of the extra touches that make cruising special. The itinerary itself was excellent with plenty to see and do st each port, each a different experience . The scenery is stunning, especially the sea day around Glacier bay. I would recommend the cruise to see Alaska.