From the moment you step onboard Norwegian Spirit, you'll be treated to cabins that ooze comfort and style, dining venues serving exquisite cuisine day and night, and entertainment that will keep you on the edge of your seat throughout your holiday. 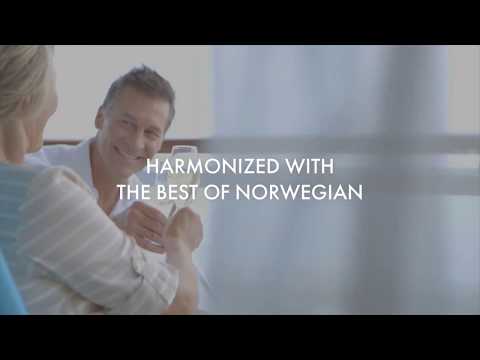 Kids on Norwegian Spirit are well taken care of thanks to the kids clubs, with activities especially for them and others their age so everyone can have maximum fun.

Make a splash onboard Norwegian Spirit and relax by or in the pool. Kids and family can enjoy the Buccaneer’s Wet & Wild pool too for extra special moments.

Thanks to the fantastic range of cuisine onboard, Norwegian Spirit makes sure that everyone will be able to find something to tuck into, whatever their taste.

You’ll be blown away by the high-class entertainment on Norwegian Spirit, with sophisticated evenings of live performances that take place every night. You can take part in a musical globetrot with World Beat or simply visit the Stardust Theatre where there is an event for all tastes.

There are a multitude of bars and lounges onboard Norwegian Spirit, each with their own personality and themes. With so many different bars onboard, you are bound to find your favorite drink or place to sit back and relax.

The stay in Rome was great before the cruise, It was our first cruise and it was great. the ship, the Norwegian Spirit was not to big but good. the staff were a credit to NCL and could not do enough for you. food was excellent and the freestyle suited us as there where no set times for meals. the speciality restaurants were good for our first cruise it was brilliant. The entertainment and shows were great .Looking forward to our next with planet cruise

The ship Norwegian spirit was fantastic . The staff were absolutely fantastic . Food was amazing . Would definitely cruise with Norwegian again and have already recommended this cruise line to family and friends

Cabin service was spot on, meal time attendance to detail was impressive and polite.

The itinerary was good. The trips were excellent mostly. The cabin was poor, we had to complain, firstly the keycard wouldn’t work several times & by the time we’d sorted that we then realised how poor the cabin was, we’d paid for an outside view & we were on level 4 so our only view of the outside was looking down a tube( porthole) but the worst problem was the noise after we left port, not the sea noise but the metal noise after each wave, the first few days we were told the ship was completely full so no available cabins eventually after about a week we were offered a much better cabin on level 5 with a proper outside view & much better standard of decoration. With the exception of one man on guest services, everyone was very helpful & polite & couldn’t do enough to help. Food was reasonable but we found that the entertainment was a bit limited, compared to other ships. The Norwegian spirit was built for the Asian market & therefore its ceiling height in the public spaces is less than in other ships. It’s being renovated at the end of the year & then it’s back off to the Far East. A good cruise but could have been better.