A guide to eating in Japan.

If there's one thing you can be certain of on a cruise to Japan, it's this: you're going to have one hell of a dining experience. Completely wild dishes. Challenges with chopsticks. The delights of tempura, sushi and sashimi. But before you pack your bags and head off, it's wise to brush up on your table manners. The Japanese are very big on these, so pay attention!

Let's get this little hurdle over and done with first. Chopsticks may not seem like a walk in the park, but they are pretty much everywhere in Japan. In Tokyo and other tourist hotspots, most restaurants will admittedly have cutlery stowed away somewhere as well, but for an authentic experience, you'll want to get used to these little pieces of plywood. The actual technique is quite simple - rest the bottom one against your fourth finger and the crook between your thumb and second finger and manipulate the top one with the second and fourth fingers as necessary. Remember that the bottom one doesn't move. Finally, never rub your chopsticks together, as is often seen in the films. This is frightfully rude. 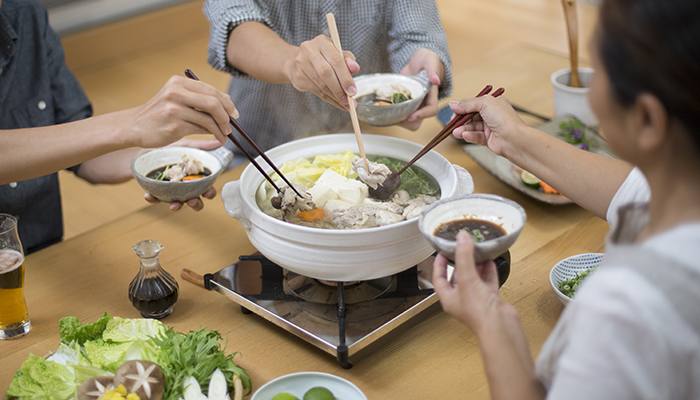 There's no getting away from it - the Japanese are mad about fish. Buddhism has dominated society centuries, with the result that meat has only become widespread in the past 200 years. Salmon, tuna, trout and octopus has filled the void.
Let's start with some basics. Sushi consists of rolls of rice with raw fish in the middle, usually held together with a strip of seaweed. Sashimi, meanwhile, is simply strips of raw fish. Both are delicious and are generously dipped in soy sauce. Be careful with the sushi in particular - too much soy sauce and your rice will fall apart!
If you have ordered either of the above, you will also be served a small blob of green paste. This is called wasabi and it's remarkably hot. With sashimi, it will be served on the plate, but with sushi, it is generally placed under the fish. If you don't like the taste, catch the chef's eye and ask for sushi without wasabi. In the west, it is common to mix the root in with the soy sauce to create a mustard-like flavour, but this isn't usually done in Japan. For sashimi, smear a little of the paste onto the top before dunking the bite into the soy sauce and transferring it all to your mouth. Heaven.
The final accompaniment to both sushi and sashimi is ginger. Contrary to popular belief, this doesn't go on the top of the sushi bites but should be used to cleanse the palate between mouthfuls.

Meat dishes are now popular throughout Japan, and it's well worth experiencing some of the below. First on the menu is ramen, which is a noodle soup served in a meat-based broth. Simple but effective, every restaurant serves its own variations. Some ingredients might include sliced pork, dried seaweed, green onions, tofu and cabbage. It's worth trying a few varieties while you're in Japan, including the spicy ones.
Also worth trying is Japanese barbecue. This cooking concept sees you sitting in front of a hot plate or portable coal fire, upon which you fry slices of meat to dip into various sauces (sweet or savoury). If you want to make the experience that bit more healthy, order some lettuce leaves. Dip your meat in the sauce before wrapping it in one of the verdant leaves and transferring it to your mouth. Scrummy.

Then there are a number of dishes that you simply cannot afford to miss out on if you're in the country for any length of time. The first of these is okonomiyaki, a savoury pancake of deliciousness that is filled with whatever you fancy. Indeed, that's what the name translates into - "as you like it". The best way to indulge in this fantastic meal is in an okonomiyaki bar, where the chefs cook it in front of you. There are even places that allow you to cook it yourself. Choose your ingredients, fry the mixture, flip it over and cover it with the special sauce and mayonnaise. If you pass a stall selling what look like fried profiteroles, never pass up an opportunity to get half a dozen. These are takoyaki - octopus balls - and they're absolutely delicious. Like okonomiyaki, these are found particularly in Osaka, which is famous for producing them. 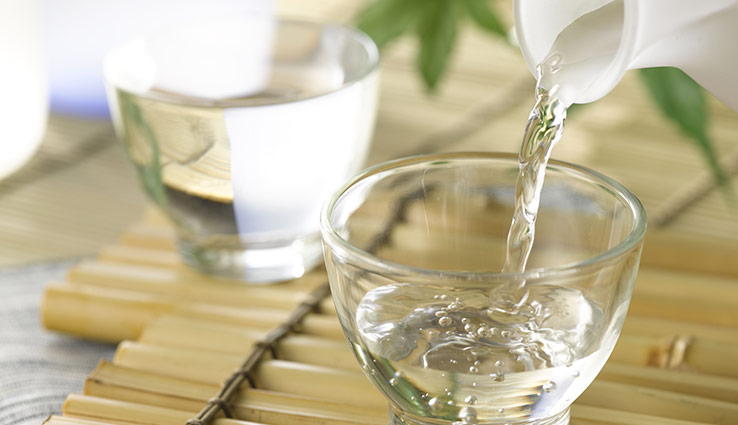 Alcohol is integral to many Japanese celebrations, and the after-work drinks on a Friday is practically mandatory here. Beer is a particularly popular beverage and you won't have to look far to find some excellent Japanese ones. Sapporo and Asahi are particularly worth a try. Brightly coloured alcopops are also common and you may find cocktails in certain bars. But really, you can't go home without trying sake. This beer - often mistaken for a spirit - is drunk either hot and cold and in small quantities due to its strength. Cheers! Or as the Japanese say, 'kampai!'

To find out more about cruising in Japan, be sure to sign up for our new Asia brochure.

A perfect day in Bodrum
A Cocktail Lover's Guide to Cruising the World
Kyoto: Ancient capital of Japan
5 Great Reasons to Eat Locally in Mexico
A guide to Barcelona's neighbourhoods