How to See New York in 24 Hours

Transatlantic voyages are a great way for cruise fans to really embrace their cruise ship, whether this is onboard one of Cunard’s infamous Queens, or on a repositioning cruise with another cruise line. These journeys are more about the ships than the destinations, but many cruisers decide to turn their trip into a cruise and stay holiday by adding on a few days before or after their itinerary – especially if the port in question is the city that never sleeps; New York. If you’ll be heading across the pond and will have some time in this majestic city, find out all you need to know with our guide to seeing New York in 24 hours.


Getting around New York

Most cruise ships dock in Manhattan at the Port of New York, which is an ideal location as it’s only about a 15-minute walk from the Midtown neighbourhood - home to many of New York’s biggest attractions. However, some cruise lines dock in Brooklyn and Royal Caribbean use the Cape Liberty port – both of these offer great views of that infamous welcoming statue however they are further away from the main city. There are always plenty of taxis on hand to take you to the inner city, which is a great experience in itself. Unfortunately, the city’s subway system does not come out as far as Cape Liberty, but from the Brooklyn terminal it is possible to get a bus to Joralemon Street and from there you can take the subway, for another must-try experience. 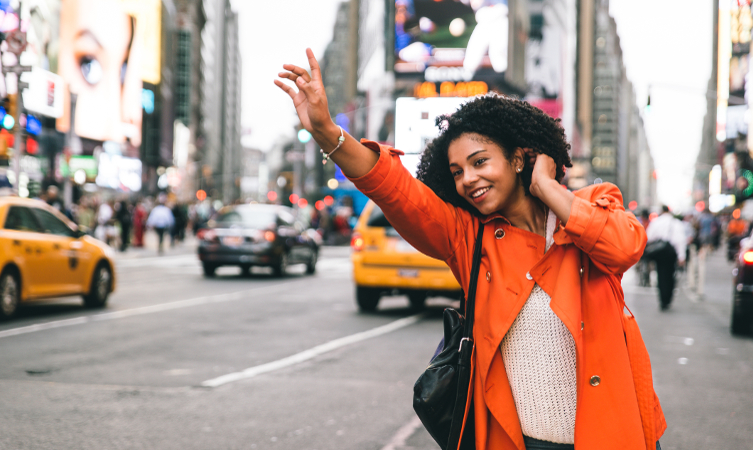 Taking the Subway in New York

Hopping on the subway in the big city has almost become a rite of passage to tourists, and this mode of transport even sits on bucket lists today. It’s a remarkably easy and affordable way to get around the city, so comes highly recommended. Here are some tips for using the New York subway;

As much fun as you can have riding the subway around the city, eventually you’ll want to get off and look around. There is so much to be seen in the Big Apple that it’s a good idea to think about your priorities before arrival, and even plan a loose timetable to help squeeze it all in. One plan would be to take on one neighbourhood at a time. 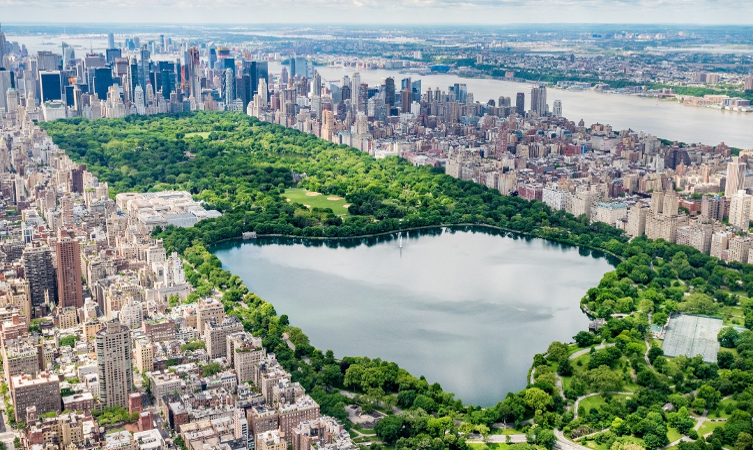 What to See in Midtown

If you have disembarked from your ship in the Manhattan cruise port, you’re just 15 minutes away from Midtown which is home to these popular sites; 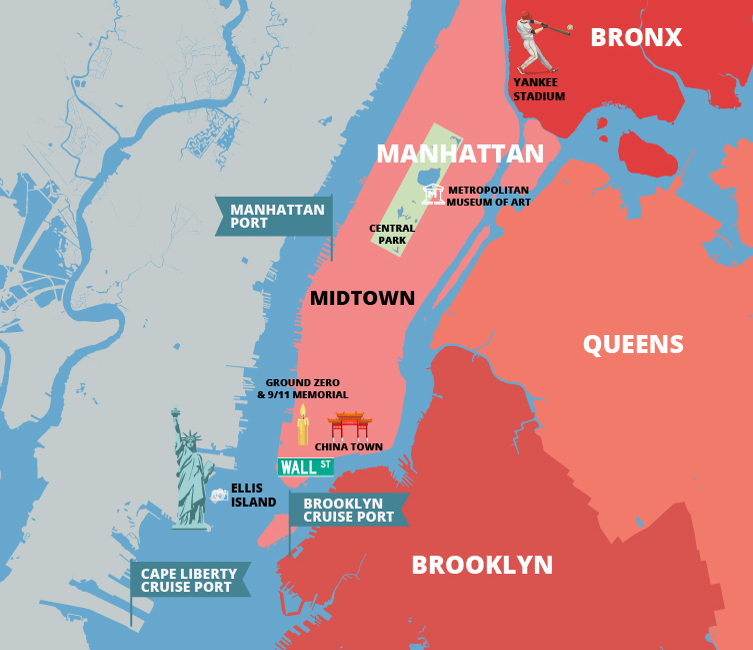 Then outside of midtown, other popular places to see are generally reachable via the subway. These include the infamous Statue of Liberty – though those coming in from Brooklyn or Cape Liberty will see her from the port - Ellis Island, Wall Street, Yankee Stadium, Chinatown, Ground Zero and the 9/11 Memorial, Central Park, and the Metropolitan Museum of Art.

No experience of New York is complete without trying a few of the local delicacies. Thanks to the city’s eclectic mix of people, there is an abundance of different kinds of food – some modern and innovative, and some traditional. Here are some of the most highly-recommended things to try in New York;

It’s pretty clear why New York remains one of the most popular cities to visit in the world, seeing more than 60 million tourists annually. Incorporating the city during a cruise holiday can be an ideal way to see it, as you know you’ve got the comfort of a welcoming ship as your home away from home to escape the bustle. Browse our New York cruises to see what adventures you could have across the pond.