Updated November 2017
If you're planning a voyage around Latin America, you are in for a real treat - with this part of the world being home to some of the most fascinating sites and attractions you're ever likely to see. Cities like Buenos Aires, Rio de Janeiro, and Mexico City are brimming with history and culture, while the beaches of the Caribbean are worthy of an appearance on any postcard. Then, of course, there's the vibrant culture. There are a range of musical genres, each with accompanying dance styles, - such as salsa, samba, tango and more. These help set the tone for local ways of life, all of which are fuelled by some of the most delicious cuisine on earth. 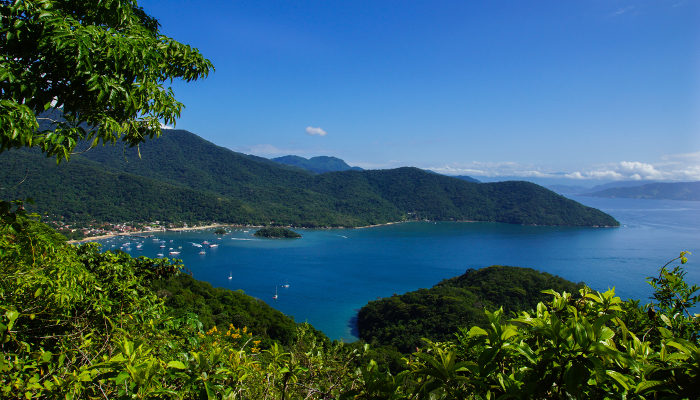 As extraordinary as all of this is, these features are just the man-made aspects of this part of the world. If you're looking to discover the true beauty of Latin America, you'll need to spend some time escaping from the hustle and bustle of regular life, and immerse yourself in the amazing nature found all over the continent. By doing this, you'll have the chance to experience attractions that are far older than even the most ancient Maya, Aztec, or Inca ruin, and which have provided the sparkle to what is one of the world's most stunning regions - since time immemorial.

From Mexico in the North, to Argentina and Chile in the south, Latin America is absolutely brimming with amazing natural features that are unrivalled by any others on the planet. Here's a look at a few of the best natural sites to discover when cruising here.

Located on the border of Argentina and Brazil, Iguazu Falls is truly one of the most breathtaking spectacles you're ever likely to see. The waterfalls themselves divide the upper and lower Iguazu river, and can be seen from Puerto Iguazu on the Argentine side, and Foz do Iguaçu on the Brazilian side.

Measuring 2.7 km in width, and with a maximum height of 82 metres, this series of 275 cataracts is an amazing example of the true force of nature. Given the sheer power of the spectacle, it's little wonder that locals have devised a myth to account for the formation of the falls. According to the legend, the site was created by a jealous god, whose mortal lover ran off with another man, attempting to flee along the Iguazu River by canoe. In a fit of rage, the god sliced the river in two, creating the falls and condemning the two lovers to tumble towards their deaths.

Of course, the real explanation behind the falls is much more scientific, although the drama of the place will certainly not be lost on you if you do decide to visit. Be sure to head up to the walkway which overlooks the top of the largest fall - the aptly-named Devil's Throat - in order to fully appreciate the incredible force of these amazing waterfalls. 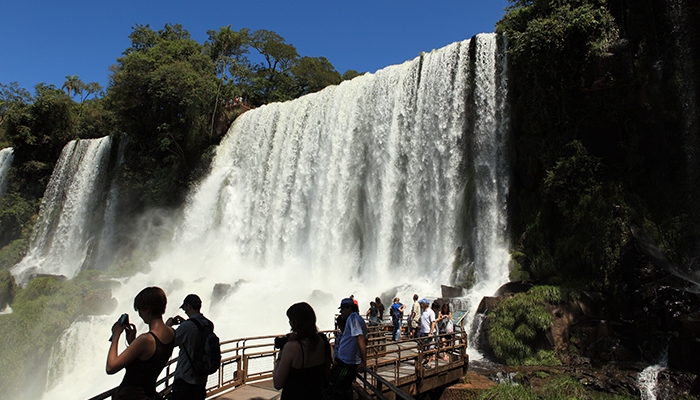 Mexico's Yucatan Peninsula is home to a number of sinkholes called cenotes, which can be found all along the country's Caribbean coast, with some located further inland as well. These natural pits were formed thousands of years ago when the limestone bedrock collapsed, revealing groundwater which flows beneath this part of Mexico.

In ancient times, cenotes were often worshipped by locals, including the Mayans, although these days they are more commonly used as bathing spots. Swimming in the crystal clear, subterranean water is a fantastic, surreal experience, and an absolute must for anyone visiting this part of Mexico. Scuba-diving and cave-diving are also offered at many cenotes, with the most popular of these being Gran Cenote, which is located just outside Tulum in the state of Quintana Roo. 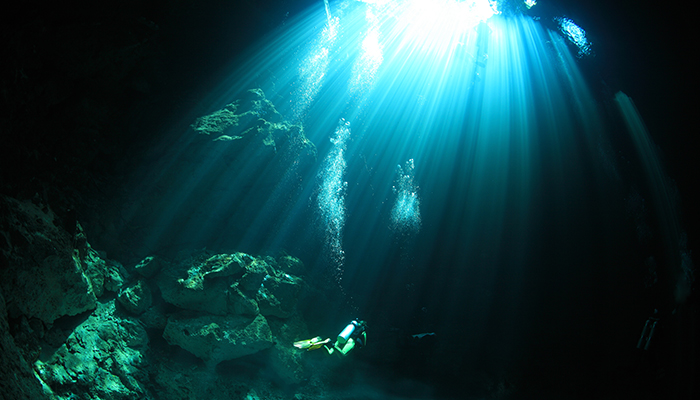 If your cruise includes a visit to Rio de Janeiro, you may want to consider paying a visit to the nearby island of Ilha Grande. Located just off the coast of mainland Brazil, about two hours north of the city of Rio itself, it is one of the most stunning travel destinations that the country has to offer, and is known for its lack of development.

Indeed, there are no roads on the island, which means the only way to get around is to hike through the virgin forest or take a boat around the isle's coast. Ilha Grande is home to some of the most beautiful beaches in the world, with Lopes Mendes being the most famous of these. It really is the kind of place that has to be seen to be believed. 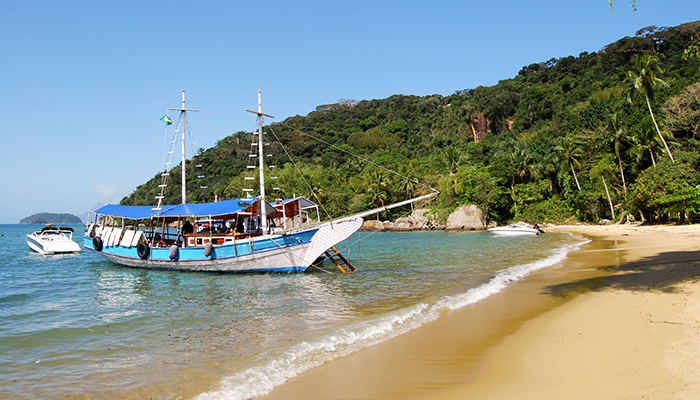 One of the world's premier scuba diving sites, the Great Blue Hole is an enormous sinkhole that measures almost 1,000 ft across and just over 400 ft deep. It is located some 45 miles from the mainland of Belize, surrounded by the crystal clear turquoise water of the Caribbean Sea, and is a truly breathtaking sight. Boat trips around the hole are offered for those who would like to experience it without getting wet, while anyone who is feeling brave enough can go diving in the abyss itself! 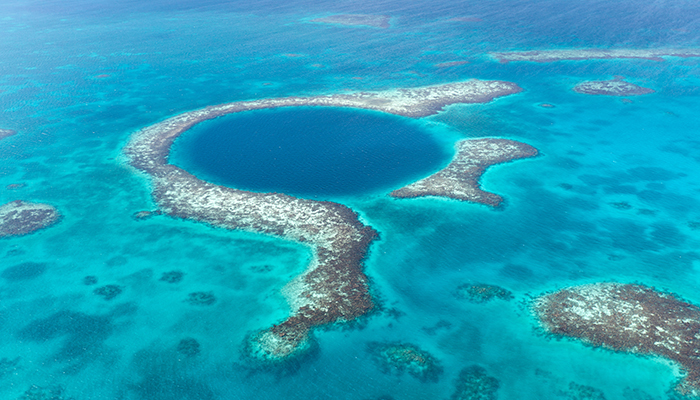 Located in Patagonia in southern Argentina, the Perito Moreno Glacier is one of the most spectacular structures of its kind in the world. Covering an area of 250 sq km, it has an ice wall that measures 5 km in width, and watching huge pieces of ice as they calve from the front of the glacier, and crash into Lake Argentino below, is a simply breathtaking experience. 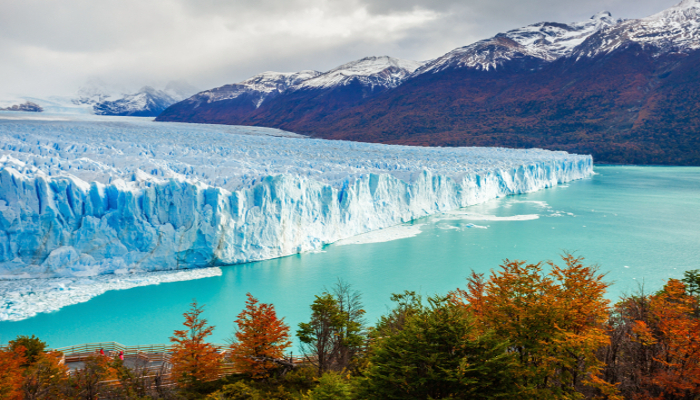